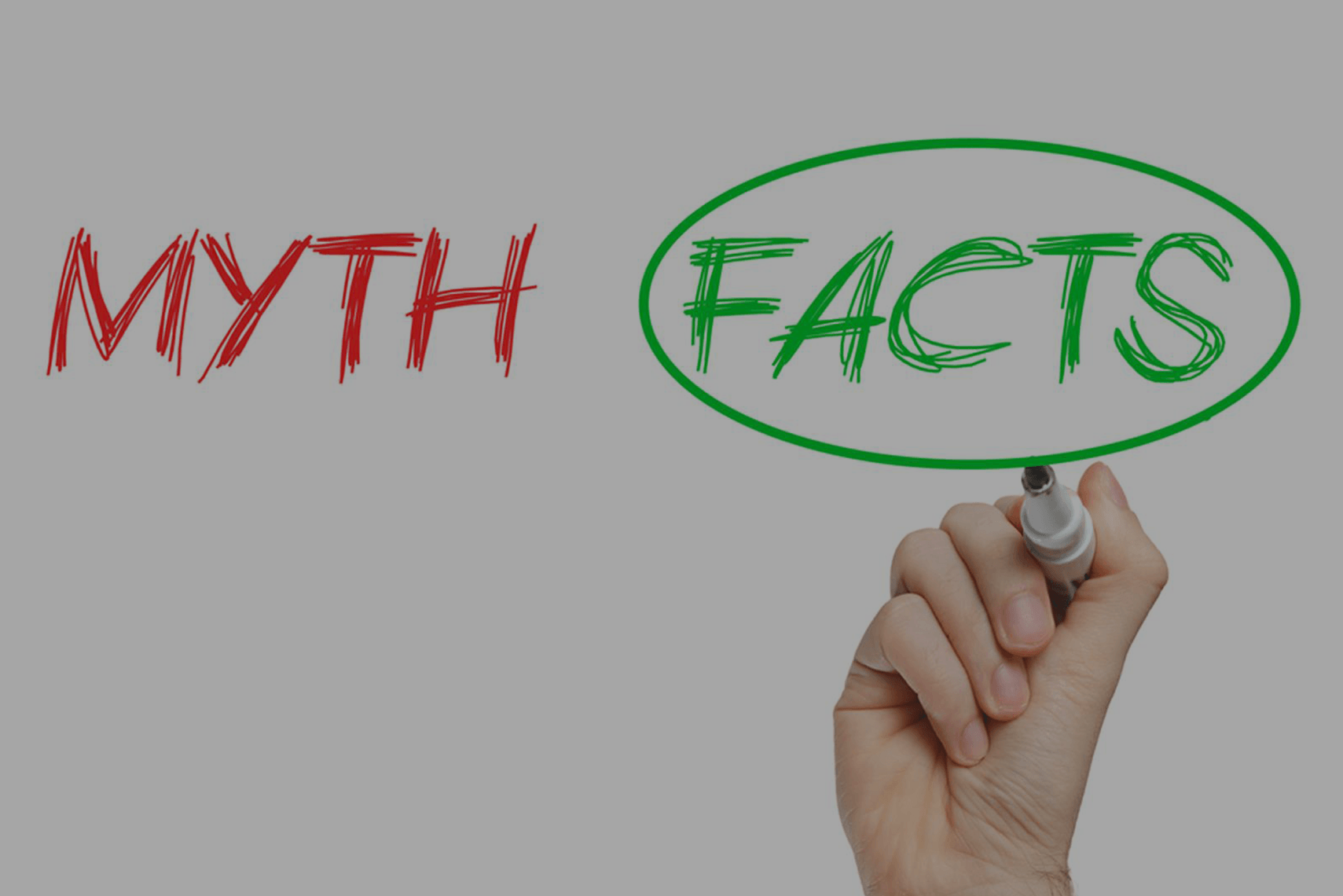 I want to talk about the misconceptions of hypnosis.This is so important.As a professional hypnotist, I use these techniques all the time on people successfully over and over again, and in my own life; and I wonder why more people arent using these techniques.

Its completely natural. Its healthy. Its quick. Its permanent, and it makes me wonder why
more people arent using it. And what I’ve come up with is that there are just so many
misconceptions, and I mean completely wrong misconceptions about hypnosis that, I think, stop
people from ever really exploring it.

So, what I want to do is take you through some of the most common ones and eliminate them so that
you can really jump into this subject completely without any worry of any of these things being
true because if they were true, you should be worried, right? But they’re not.

Now, the first one is that hypnosis is sleep, and it is not. And it is crucial to understand what
hypnosis is because if hypnosis was just putting someone into a deep sleep imagine yourself,
you’re in a deep sleep, and someones standing casino in Washington over you giving you positive suggestions, how much
difference would it make? None. Because its just like talking to a wall and you’re not
responding to it. That’s not what hypnosis is.

And, again, this is essential to really understanding how powerful hypnosis really is because
hypnosis theres a wake, there’s a sleep, and hypnosis is kind of right in the middle utilizing
the best of each of these states. Its one of the only things it does. This is what makes it so
powerful.

We’re using your conscious ability to choose the right directions. For example, you know what
foods to eat; you know what foods you should eat in order to get the body you want.

And there’s the unconscious part where its your vivid imagination. So, for example I use this a
lot. If you think about when you’re falling asleep that sensation of actually falling, if you’ve
ever felt that, that’s a hypnotic state. You’re not actually falling, yet it feels as if its
really happening. Well, that’s really powerful.

You see, because instead of thinking, Oh, I should eat that food, now what we can do is add these
visceral, emotional responses to the desired action. And thats what hypnosis is. We want to use
this state because its so powerful to intentionally do things we want to do.
But its not sleep, right? Now, sometimes, you’ll hear a hypnotist say, Sleep, or theyll say it
over and over again. But that’s a hypnotic sleep. Its not traditional, unconscious sleep.
That’s very important to understand.

You think about it right now. You listen as there are all these distractions going on around you.
In hypnosis, usually your eyes are closed and you’re very focus, and it frees up your awareness.
You’ll not do something that you don’t want to do.

So, if I had someone in a deep, deep trance, and I said, Now, you’re going to go out and steal
that old ladys purse and bring it back to me, the person would either not move, but more likely
what happens is they would come out of trance because some part of them would say its ridiculous,
you know, watch out, red flag, you know.

So, as you’re in hypnosis and suggestions are given, youre accepting or rejecting them as you go
along. And so, you always have that ability no matter what. No matter how deep a trance you go
into, you always have the ability to say yes or no to whatever is being said or asked of you. This
is essential because if in the back of your mind, if you’re thinking, I’m going to lose total
control, then you’re not going to allow yourself to go into that state of hypnosis.

But I’m here to tell you that and, again, you’ll recognize this. If you’ve ever been in hypnosis
and when you go into a state of self-hypnosis, you will realize right away that you’re aware of
whats going on. So, its very, very important. You’re in complete control all the time when
you’re in hypnosis.

This ones important because for a lot of people, they shut the door before they ever even get to
explore hypnosis; and its hypnosis and religion. Is hypnosis against my religion? And all I can
offer you on this one is this. Hypnosis is completely and totally natural. As a matter of fact,
you have experienced the hypnotic state thousands and millions of times in your life.

You pass through a state of hypnosis every time you wake up and go to sleep, when you’ve been
driving along roads on the highway, when you’ve been in a class that was really boring and you were
just daydreaming out the window. Those are all hypnotic states.
So, to say that hypnosis is something from the devil or its something supernatural is untrue
because but what I’m saying is this. Its something that you can’t avoid. Itll be like saying,
you know, breathing is against my religion. You couldnt say it because everyone has to breathe.
Well, everyone goes in and out of hypnotic states.

So, the question is, how are you using it? And I think you very quickly realize when you start
experiencing hypnosis that it feels very natural.

First, they would come out and they would say, That’s not what I was expecting, because they were
expecting that they’re going to totally zone out not lose control but not be aware of anything
that was happening. And then they come out and say, You know, I heard you the entire time. I
heard everything you said.

And the other thing they would say is that it felt very natural, it felt like I’d experience it
before. And that’s because it is. Its a very natural state that you have experienced before. The
difference with hypnosis is that we’re using it intentionally. And so because its so natural, I
don’t see how it could be against a religion. There’s no dogma to it. Its just something that
people do, anyways.

The next one is not everyone can be hypnotized. While its true that there’s a very, very small
percentage of people who can’t be hypnotized, its usually because they either have extremely low
IQ or they had some sort of brain damage. Other than that then, again, to the situation where,
certainly, some people can go on hypnosis immediately very, very deeply; and then some people have
a harder time with it.

But if you start thinking of it as a process, its not “I can be hypnotized or I can’t.” Everyone
has the ability and experiences it naturally, anyways. Sometimes you just have to work with it a
little bit. And that was my case, and a lot of it was because I didn’t really realize that you
could actually go deeper and deeper into hypnosis.

Think of it this way. Hypnosis is actually, scientifically and this goes back to the religion a
little bit. If you track a brain in hypnosis, it looks the same as a brain in meditation, and as
the brain wave patterns in deep prayer. So, when you’re in these deep states of hypnosis, its
completely and totally natural, and its very similar to these other experiences that people
usually have.

But this is the thing. No one says that they can’t meditate. They might say its very difficult
for them, but they realize its a process and you can get better and better at it.

Well, hypnosis is the same thing. Your body learns how to do it, and once your body understands
and experiences it, it can pretty much do an autopilot. So, again, everyone can be hypnotized
pretty much, and for the people who have difficulty with it initially, just relax, and work with it
a little bit, and you’ll find that you go deeper and deeper into it.

The next one common is that you can get stuck in hypnosis. You can’t get stuck in hypnosis. What
would happen if you got put into a deep trance, and then the hypnotist got up and left is that
you would fall into sleep? Remember, there’s a wake, sleep hypnosis, and the middle. You would
fall into sleep, and youd come out of it, and wake up when you woke up. So, getting stuck in
hypnosis is like saying you’re going to get stuck in sleep. You cant. At some point, you just
wake up.

On the other hand, the effects and the suggestions that you’re given in hypnosis, that you give
yourself, those can last long term. That’s why we’re doing all this because we want to influence
our behavior, our thoughts, and our thinking.

And finally, this is understandable and its important to put this one to rest. Its that you’ll
reveal deep secrets, and this completely and totally untrue. Again, going back to before, you’re
in complete control the whole time. And, if anything, you become even more aware that you didn’t
want to reveal a secret.

Let me explain one of the ways that people experience hypnosis sometimes its almost like
having one or two alcohol drinks in the sense that it relaxes you, maybe. Maybe you talk a little
bit more. Your inhibitions go down a little bit.
Sometimes, hypnosis can feel a little bit like this in the sense that you’re relaxing your body,
you’re relaxing your mind, and sometimes, that can feel really nice, and you just start to feel
more comfortable, and you might open up a bit more.

So, in that sense, you might reveal a little bit more than you normally would but you’re not going
to give up your bank account number or pin. You’re not going to give some deep secret that you
want to keep. You always have that ability to keep those under wraps. Hypnosis does not change
that.

So, you can rest easy. That’s the point of this. I want you to feel comfortable and good that
hypnosis is completely safe and completely natural. Its going to feel very common because you’ve
experienced a state like that very often, and you can really magnify the results you want with
this.

Now, one thing I have to say. I have to make a quick disclaimer here. Although I say you don’t
lose control in hypnosis, you can be influenced. In hypnosis training, they’ll tell hypnotists to
say, You can’t be hypnotized against your will. And while this is technically true, you cant.
You cannot be hypnotized and do something you don’t want to do, absolutely.

The wiggle room is this. What is it that you want to do? Your will is based upon beliefs and these
foundations of thoughts that can be manipulated. I tell you this because throughout this program,
you’re going to learn when that’s being done to you, how to protect yourself, and how to do that to
others in a positive way.

But the point is that that doing hypnosis, you are aware of whats going on and you can feel
comfortable experimenting and playing with it because, as I said, if someones going to begin
shifting your will, its usually a long-term process. That’s why I say that so you can go see a
hypnotist and feel completely comfortable that nothings going to happen, that its not right
because you are aware and you are safe.

So, I hope you enjoyed this, and I hope it frees you up to really jump into the subjects. Listen.
If you have been already, begin listening to the calls that we’re doing because we’re going to go
deeper into some of the misconceptions of hypnosis and exactly what hypnosis is.

So, have a great week, and I’ll talk to you all next week.