Conversational Hypnosis To Control The Outcome Of A Discussion 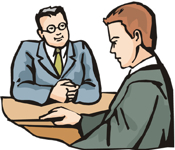 Conversational Hypnosis is becoming an increasingly popular treatment for people suffering from phobias, anxiety, and even addiction. But did you know that it can be used in many other applications including gaining a stronghold in conversations and possibly affecting the outcome? It’s called conversational hypnosis and it has been utilised in advertising for ages, and is quickly working its way into many other realms of everyday life. After reading this article you should have a firm grasp as to what conversational hypnosis is, and ways to implement it into conversations to achieve your desired goals.

The basis of conversational hypnosis is quite simple and the reason it works actually makes a lot of sense. It’s rooted in the fact that you can only think of one thing at time. This means that if you can distract someone from something for whatever reason, then this gives you the opportunity to refocus their attention onto whatever you suggest.

Of course you can only take this principal so far, I doubt you’ll be able to suggest to someone to cut you a check for the entire balance of their bank account. But if it’s an issue within reason, or something they’re not entirely sure of, then they’re wide open for suggestion. Like anything of this sort you have the power to do good or evil, so keep your karma in mind when planning on utilising conversational hypnosis.

The first step to implementing conversational hypnosis is to build rapport with the individual. If you’re trying to help someone overcome a fear then this is the time where you relate to them and make them feel like you know what they’re going through and that it’s totally normal. This builds trust between you and the individual and leaves them wide open for suggesting a solution.

Step two in conversational hypnosis is to distract them from the problem you were just discussing. This can be done by asking them a question that is similar to their fear but not related to their fear entirely. For example, if a person has a fear of public speaking you can ask something like what would it feel like to be mute and not be able to express what you’re thinking and feeling through language. This should sufficiently distract them from the fear and open them up for a solution.

The final step in this application of conversational hypnosis is to provide the solution. For our fear example you could suggest how great it would feel to get up in front of a group and express your ideas and opinions. This step is entirely dependent on the outcome of the problem so there’s going to be an array of different solutions.

It’s important to note that conversational hypnosis doesn’t apply just to conquering fears, you can use it in just about any sort of interaction that’s dependent on ideas and problem solving. For instance, if you’re trying to convince your boss that it’s time for a raise then this would be another great place to implement the techniques discussed above.

Once again I have to stress the importance of using conversational hypnosis in an ethical and just manner. There are many people out there who are naive and easily swayed, and you just might find someone who’s willing to cut that check for the balance of their bank account. If conversational hypnosis is used in a productive and ethical way, there’s no reason why it shouldn’t become an integral part of conversation and our daily interactions.